December arrived with the weather officially warmer on Skye than where I use to live in the South of England and here at the end of December that is still the case! With only a couple of icy days and Storm Barbara & Conor to contend with, on the whole, we have had a mild winter so far – long may it continue!

October and November were very busy with Dorset Button workshops & Wool & Craft Fairs.  This year the Highland Wool & Textile Show relocated to Strathpeffer Pavillion instead of Eden Court at Inverness.  This did not deter the visitors and they clocked up nearly 650 show attendees.  The day flew by and I didn’t even get round to taking any photos although you can see a great selection of pictures on the Highland Wool & Textile Facebook page.

After the show I headed down to Oban for the second day of the Fasanta Festival of Textiles & Fashion waking up to this serene start to the day. 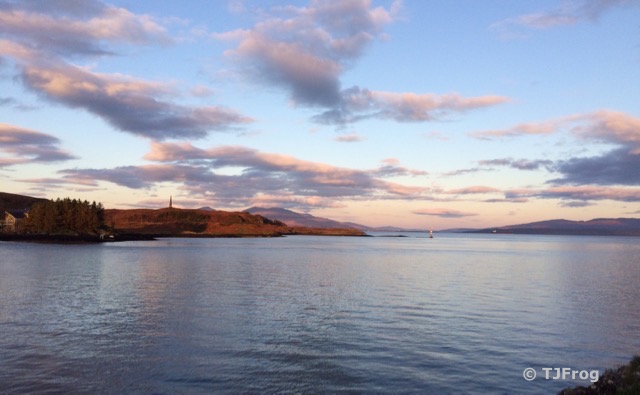 I love running Dorset Button workshops and seeing what people create.  We had an amazing selection including this large Dorset Button made by Lyndsay & then attached onto her necklace chain, and a Dorset Button pony tail holder made by Edie. 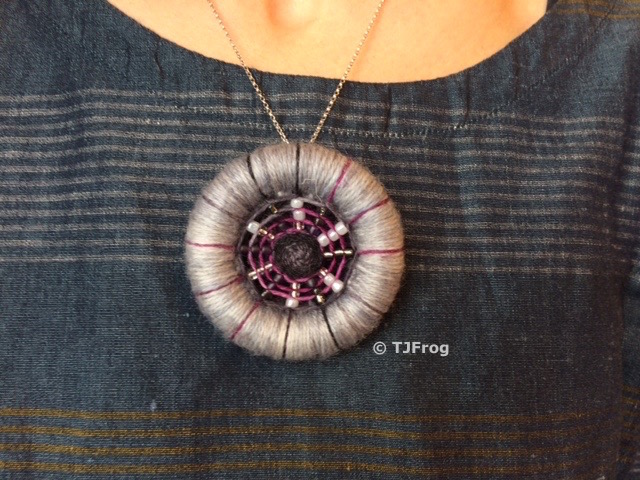 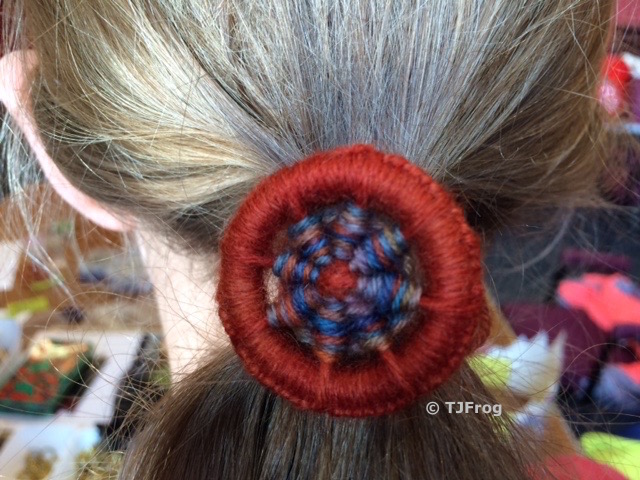 A couple of days later, I flew South to run 2 Dorset Button workshops as part of The Bluehouse Festival, an Arts Festival, in association with the Oxted United Reformed Church, Surrey.  Back in the 80s I use to listen to the music of Toyah Wilcox and The Communards.  Never did I imagine one day I’d be on the same advertising literature for an event in which Toyah Wilcox and the Reverend Richard Coles would be guest speakers! 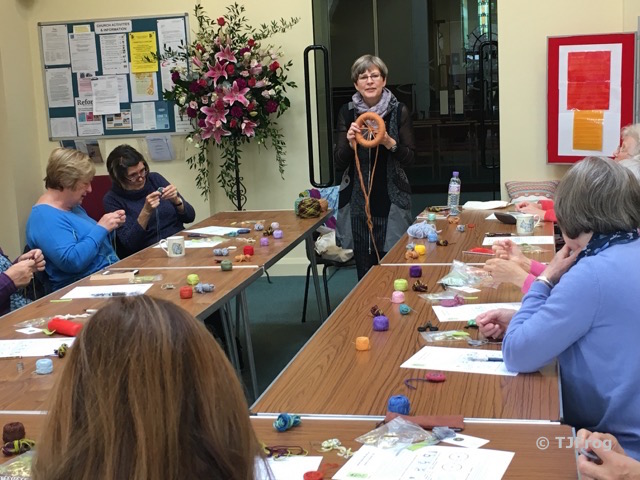 Me in action!   (Photo courtesy of Katherine Saunders) 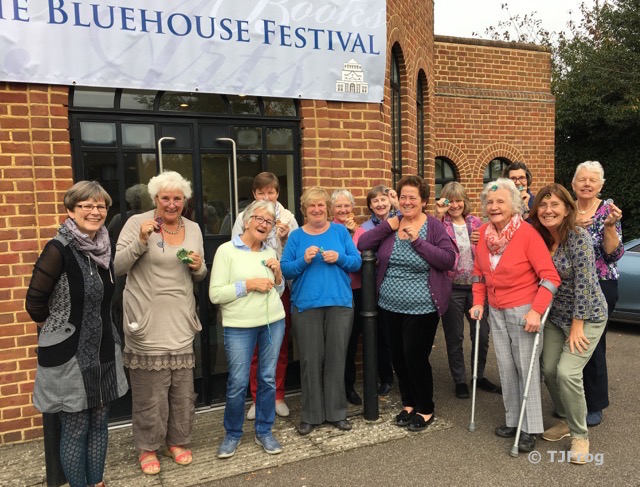 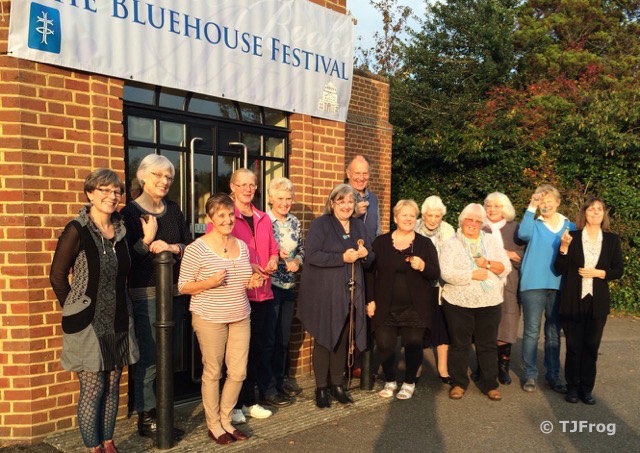 The middle of November saw the start of the Christmas Fairs with two days at Dornie, with the iconic Eilean Donan Castle as the backdrop, seen here lit in red in recognition of Remembrance Day. 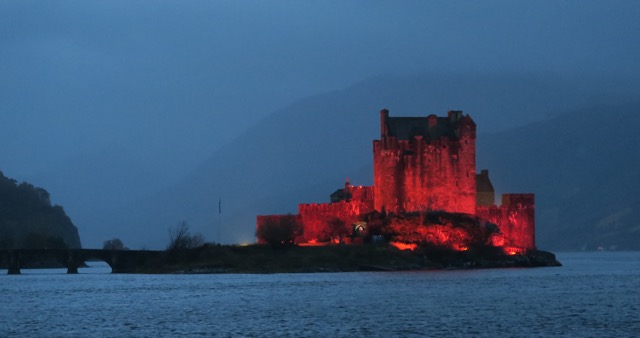 A two week Christmas Fair followed at the IGallery at Lochcarron showcasing a variety of goods from many makers across the region, and then a trip further north on the island to the Portree High School Christmas Fair.  My last trip of the year saw me visit Di Gilpin’s Open Studio weekend in Fife.  I love Di’s designs & her Scottish Lambswool, Lalland is not only beautiful to knit with, it also works amazingly well when made into Dorset Buttons.  Here is Di’s Gruainne Frock Coat (on my knit list for 2017!) with one of my Dorset Buttons as the fastener, and Di’s Islay Jacket fastened with 3 smaller Dorset Buttons.  These garments really show how wearable Dorset Buttons can be as well as making a real statement, and adding a woollen finish. 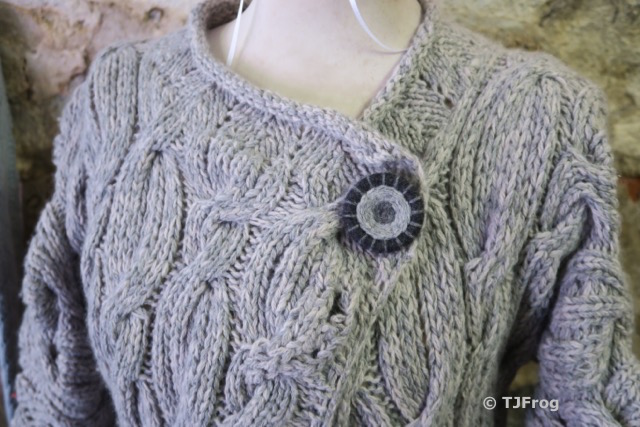 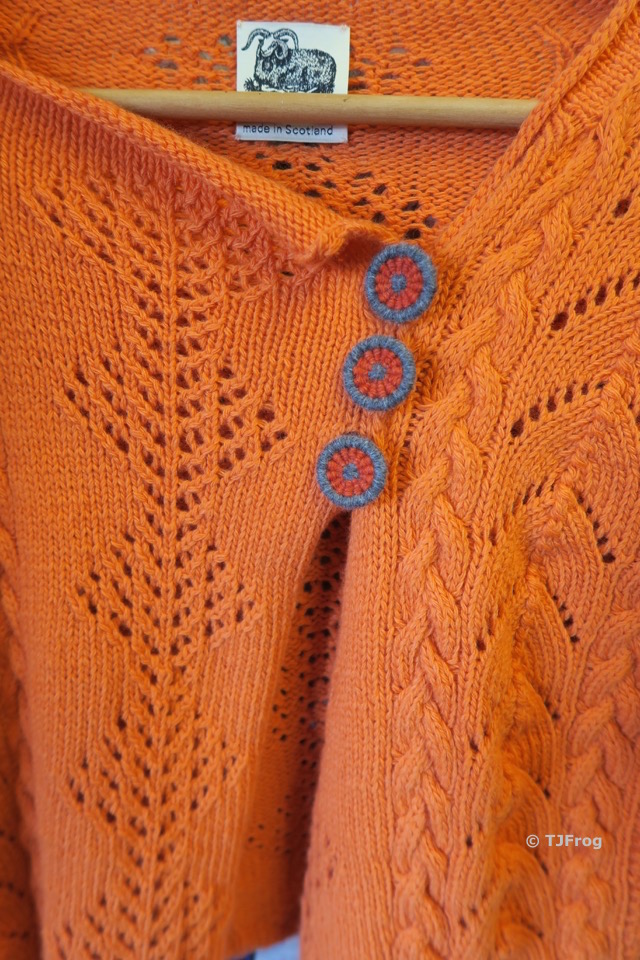 The lead up to Christmas week proved busy with a few commissions & now it’s time to put some of my latest creative ideas into action.  Watch this space!

My first outing of 2017 will be 10 & 11 March at Edinburgh Yarn Festival, alongside an incredible vendor line up – hope to see you there!

Finally a huge thank you for all your support throughout the year & I wish you a happy, peaceful & successful 2017.