What a fantastic weekend at Woolfest 2017! 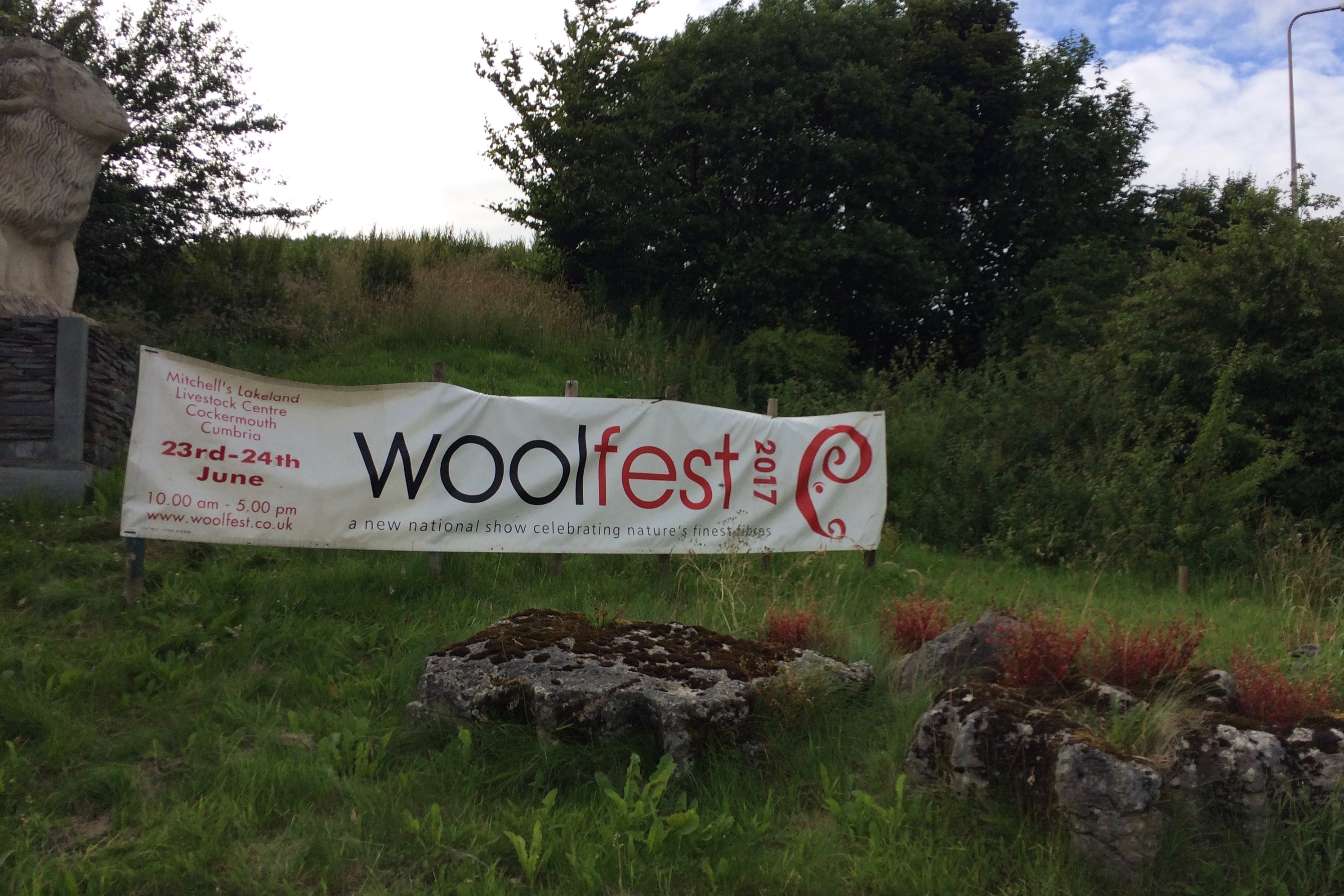 As a first time vendor and having never visited Woolfest before it was with nervous anticipation that I entered the auction mart on the Thursday afternoon.  Seeing it for the first time all empty, it felt smaller than I imagined – how wrong was I?!  It’s a huge space & it was amazing to see it being transformed as vendors carried & wheeled in their products & sheep & alpacas were housed into their pens. 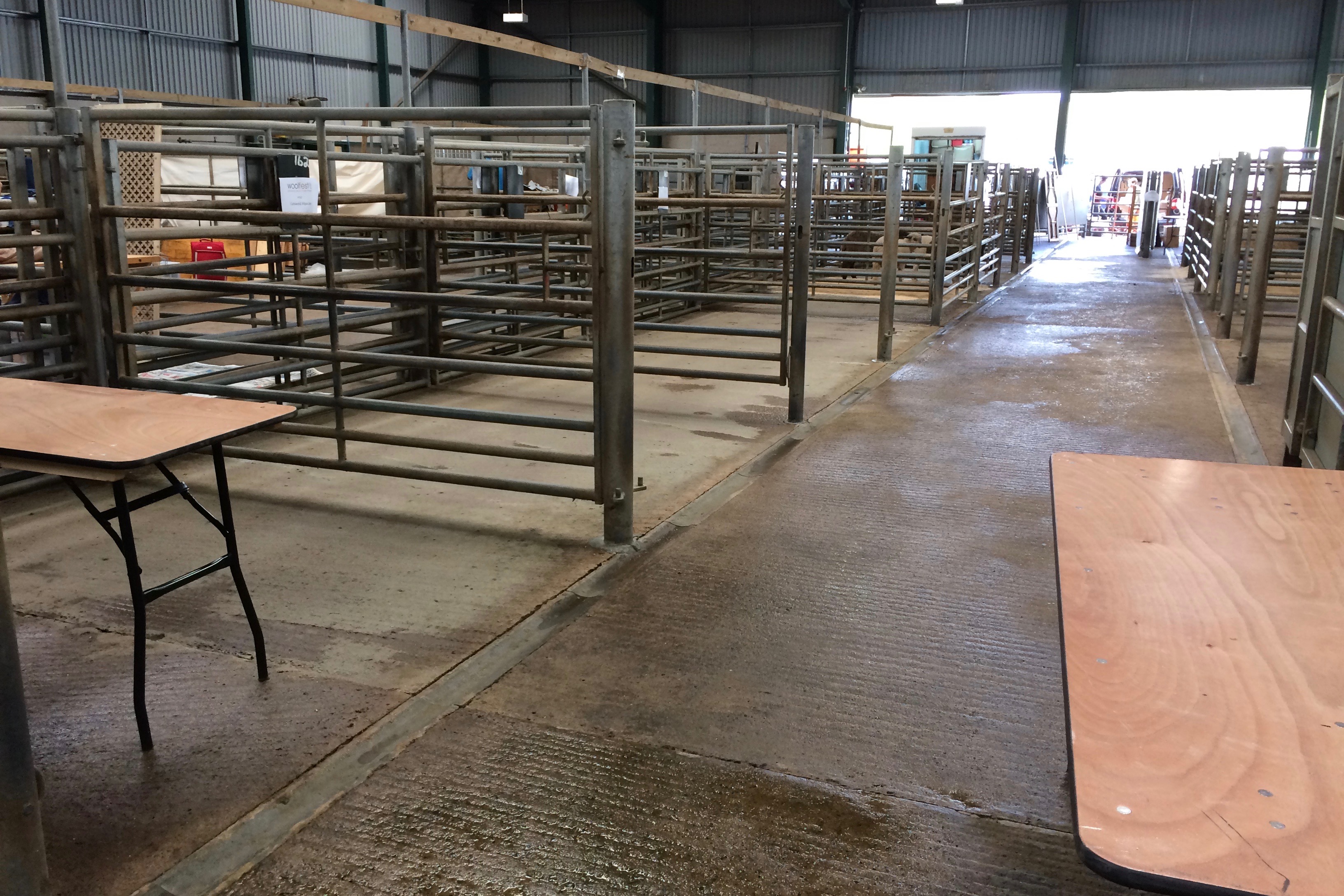 A few hours later we’d transformed our cattle pen into a home for TJFrog, with Textile Garden our neighbours to one side & on the other side a shared demonstration pen with Cotswold Alpacas. 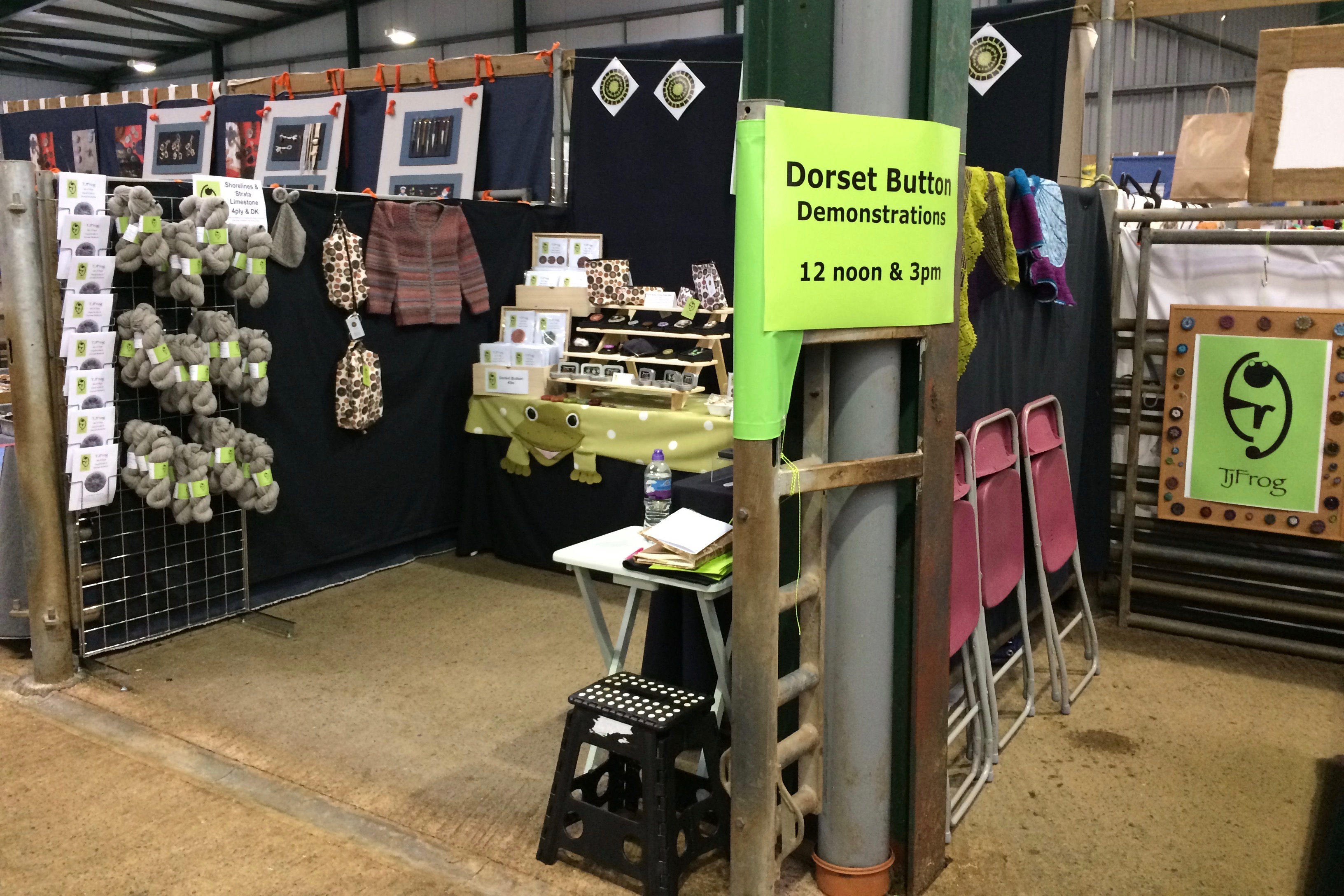 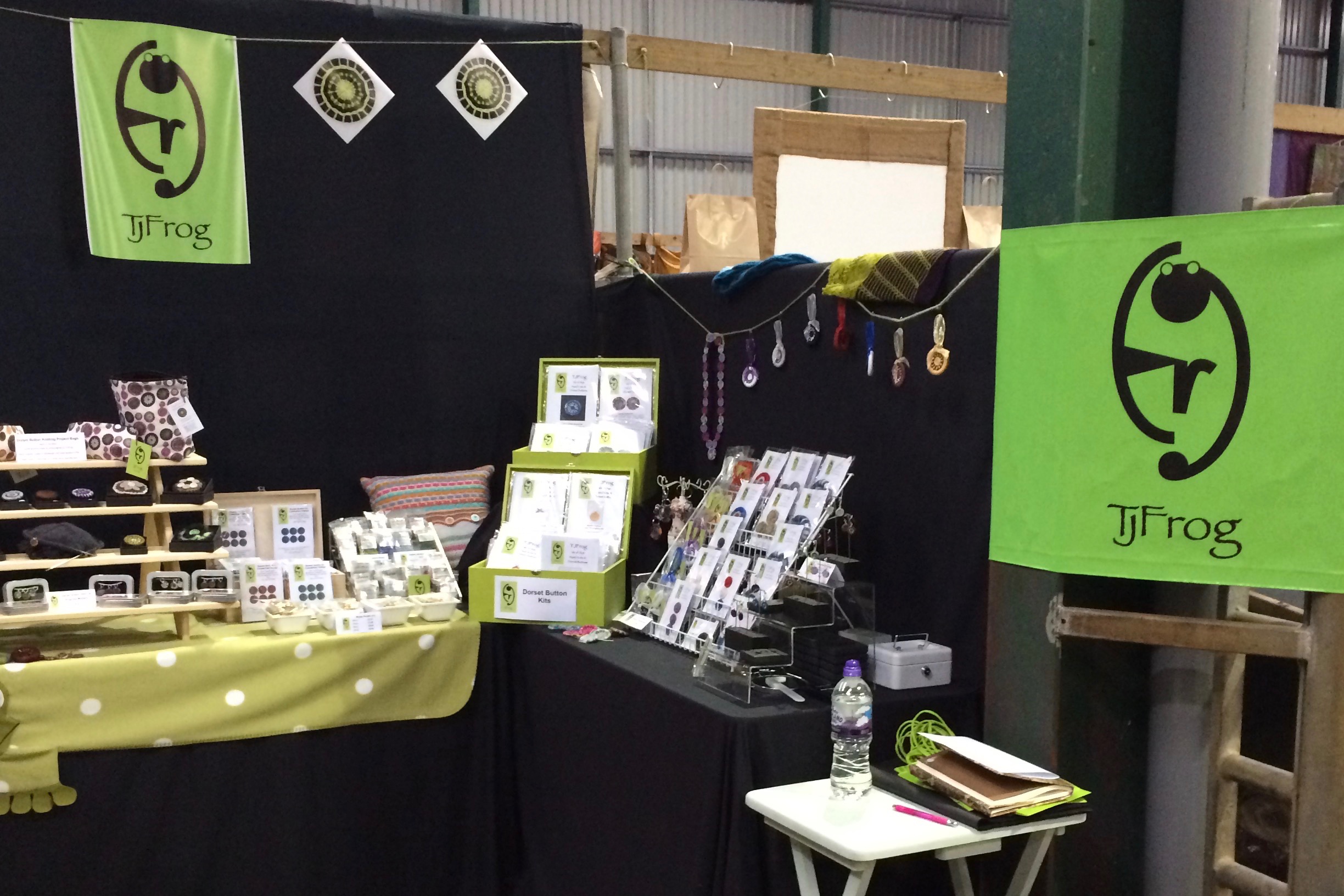 The Dorset Button demonstrations proved to be very popular with a lot of enthusiasm for learning this traditional craft.  Thank you to everyone who came to the stand & the demos.  We had so many great conversations about Dorset Buttons & the Isle of Skye.  It was great to see people come back on Day 2 with their Dorset Buttons they’d made over night & there were one or two people making them on their coffee breaks throughout the event! 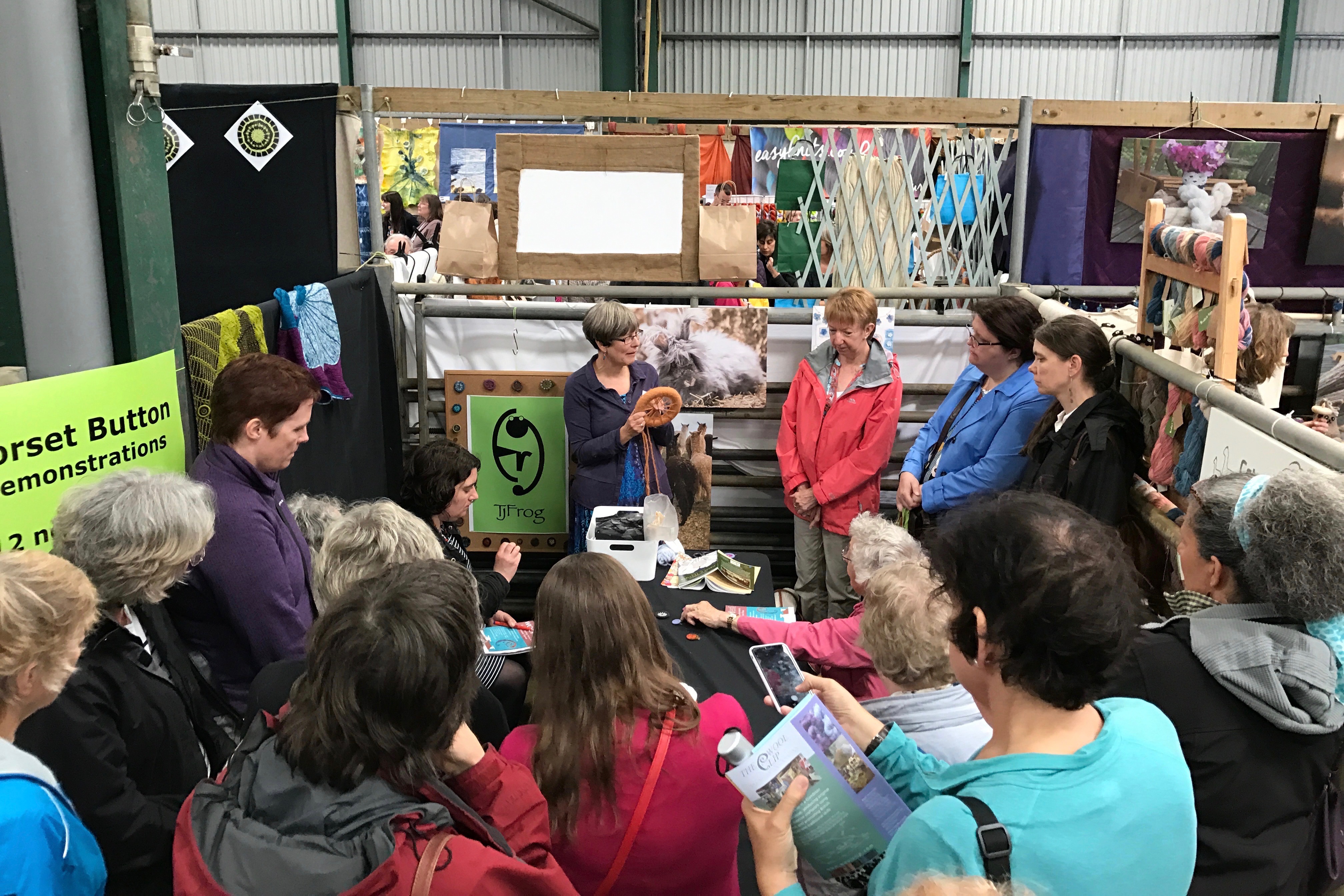 Fay of Knit It – Hook It – Craft It called in on Friday.  Firstly Fay brought cake supplies!  Fay makes the most delicious cake & gave us a couple of slices of chocolate chip & banana and rhubarb & almond cake to help keep up our energy levels!  Secondly you may recall Fay designed a crochet shawl, called Criss-Cross, using 2 skeins of TJFrog Shorelines & Strata 4ply Limestone wool.  Fay bought along the shawl for me to have on display along with some patterns.  It’s so snug & I love the design – thank you Fay! 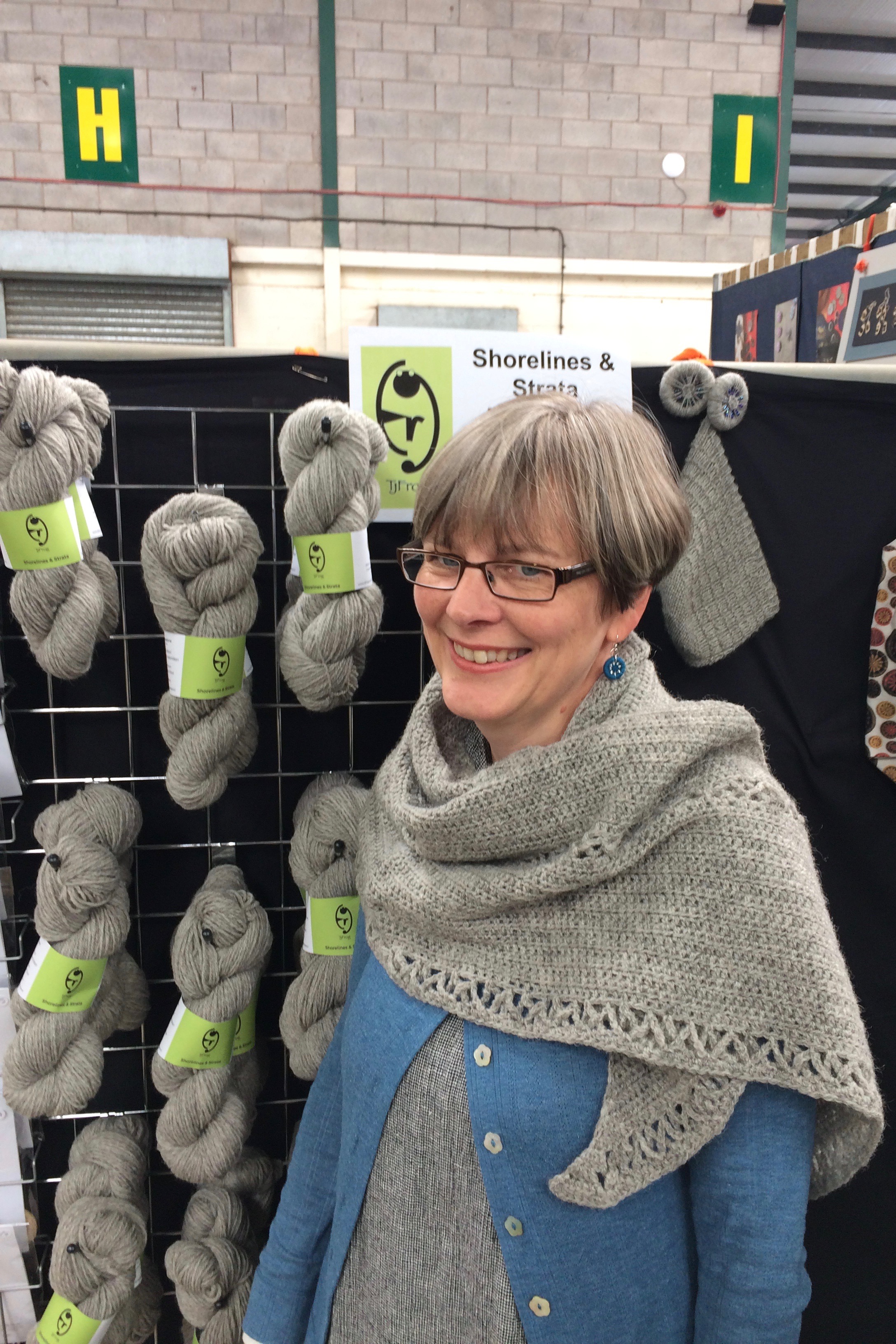 The food marquee & drink stations were excellent with lots of fresh & tasty options to keep us going.  The demonstrations in the ring appeared to be well attended as did watching the musicians in The Square.  In our section of the mart the main sounds were coming from the animals who in my opinion stole the show.  I will leave you with some pictures of a few who caught my eye! 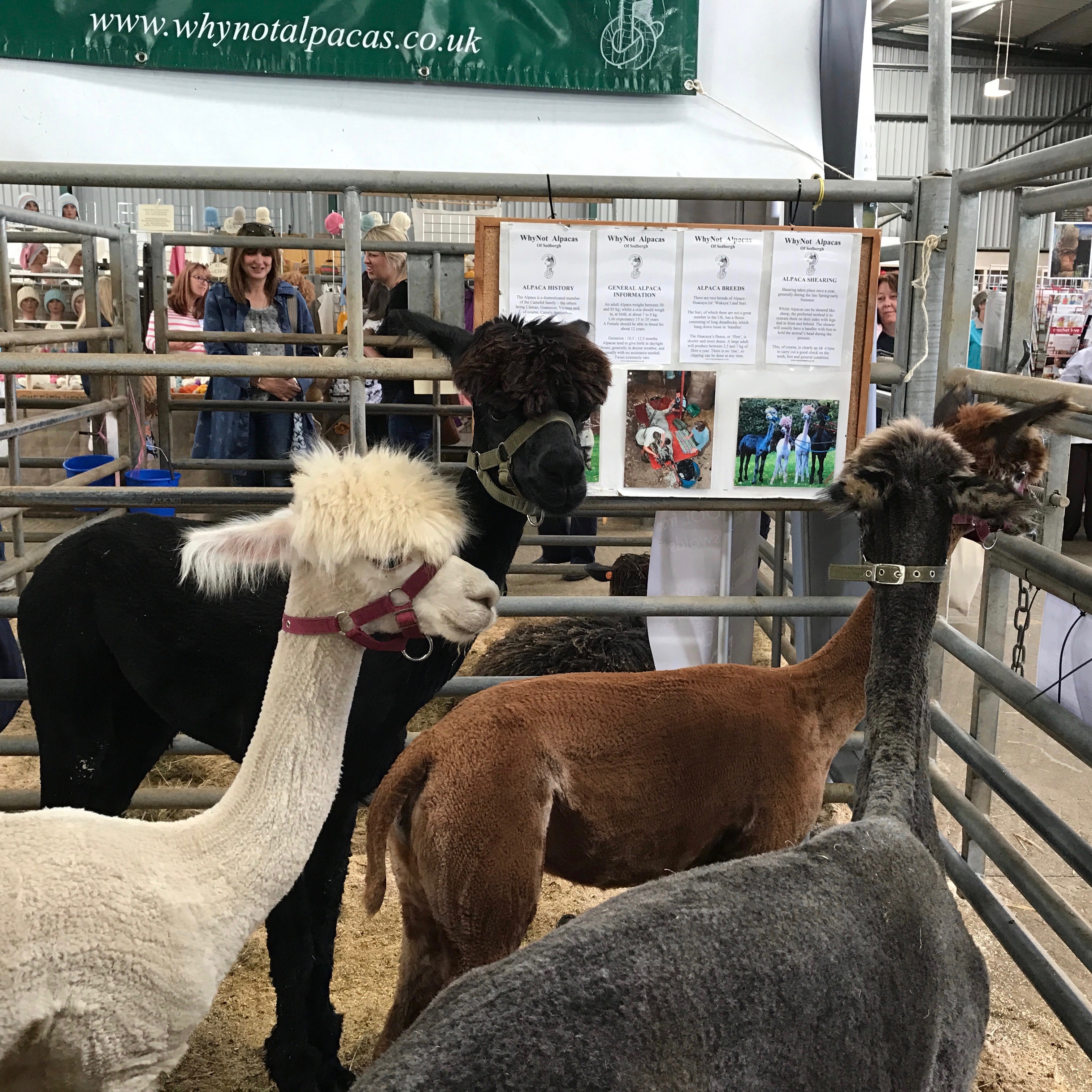 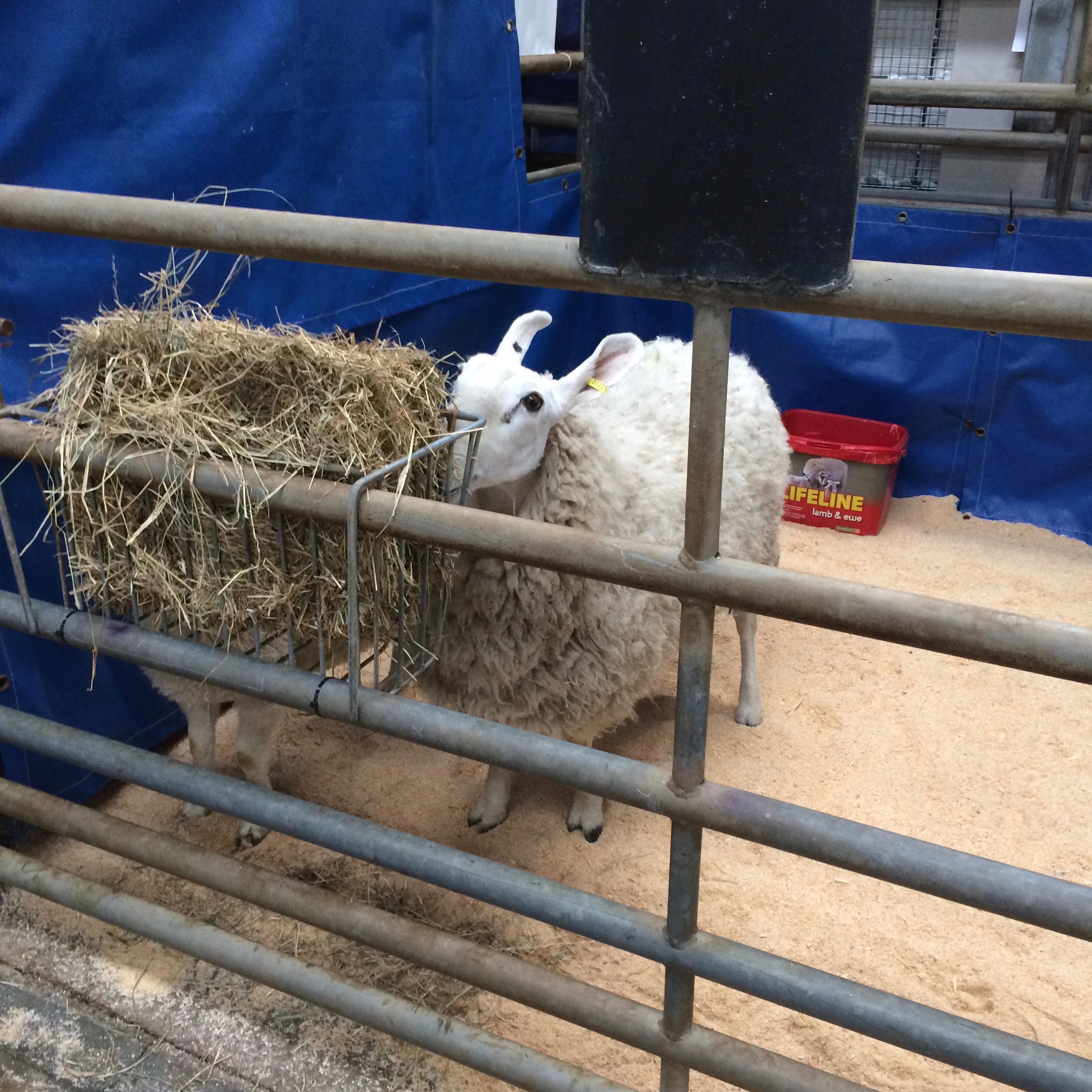 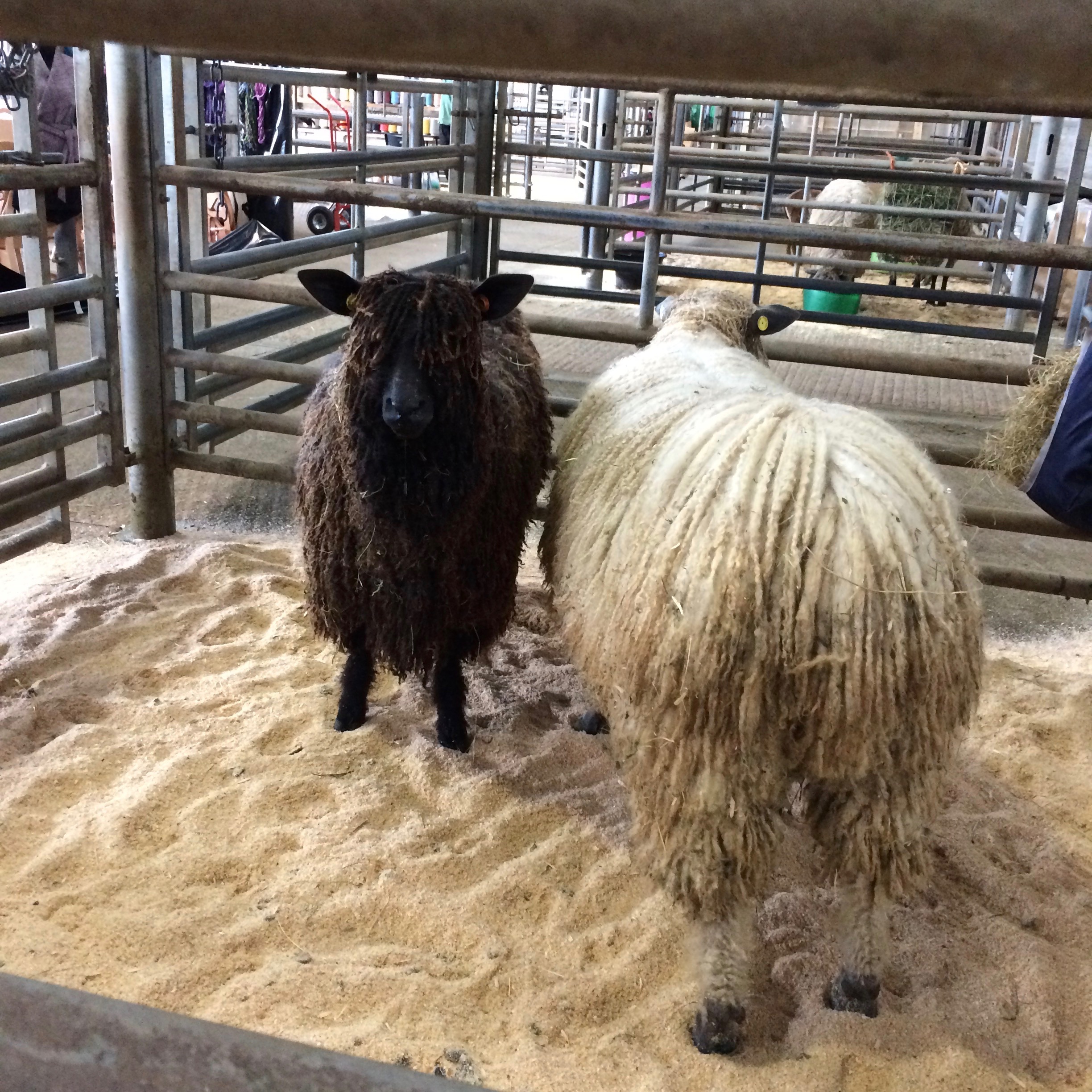 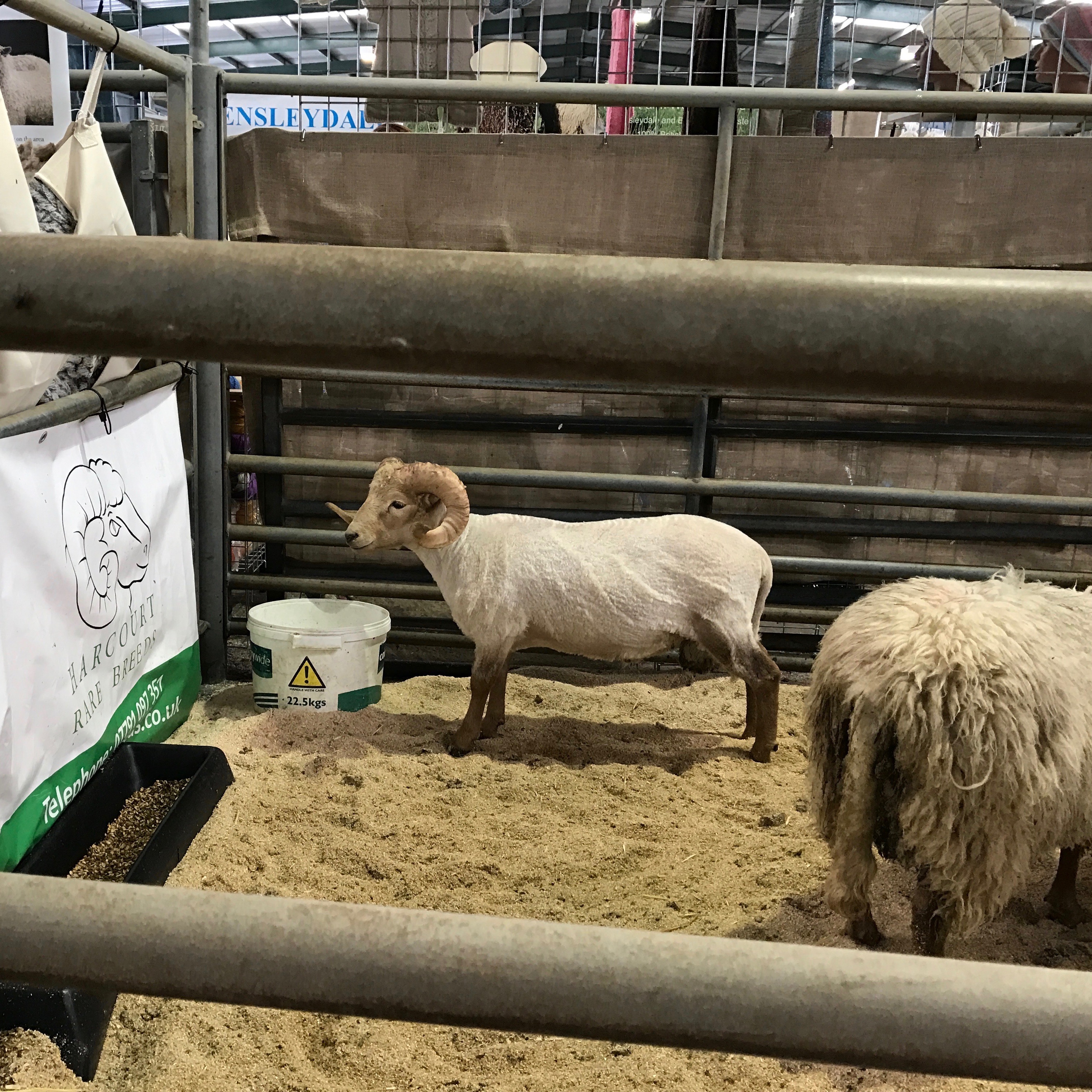 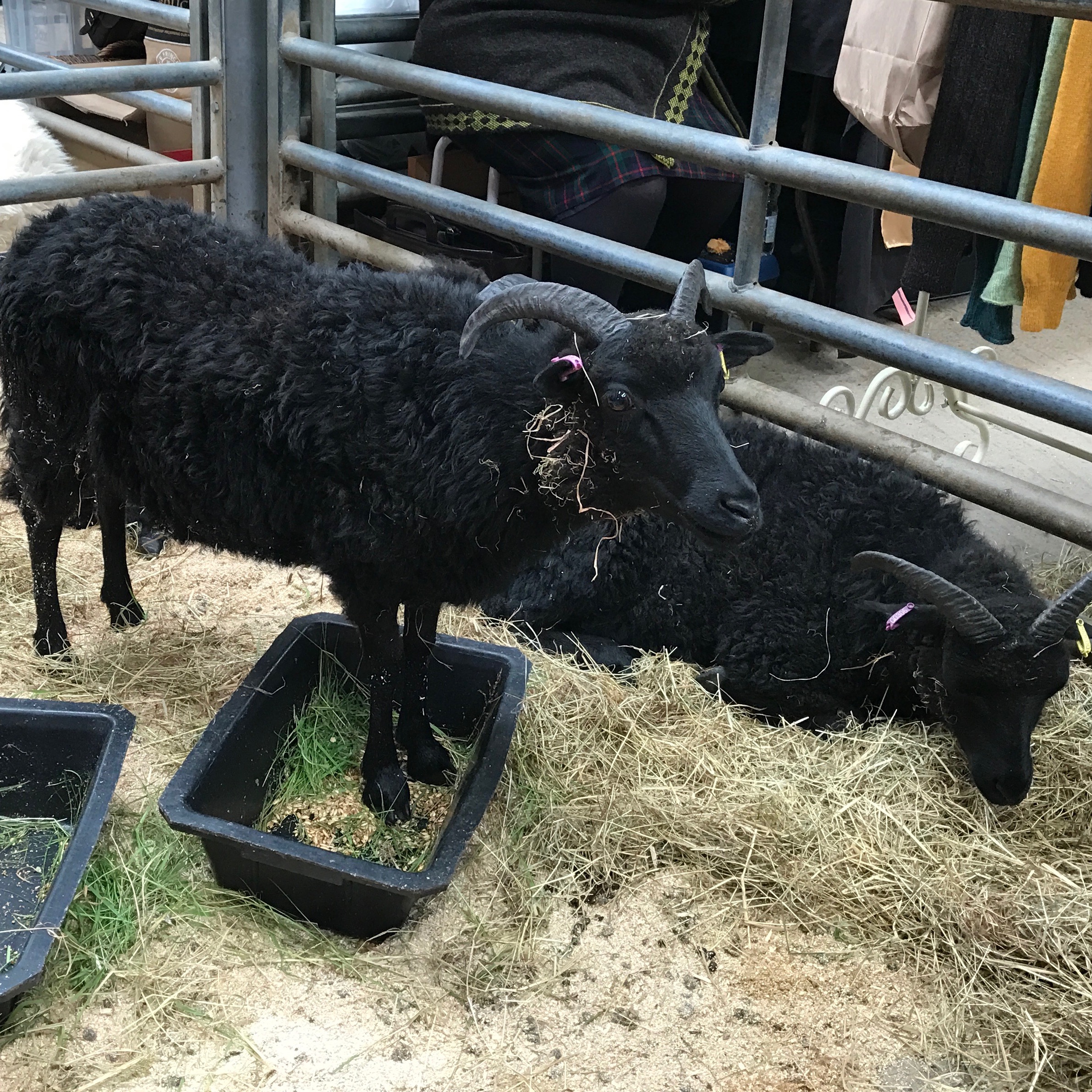 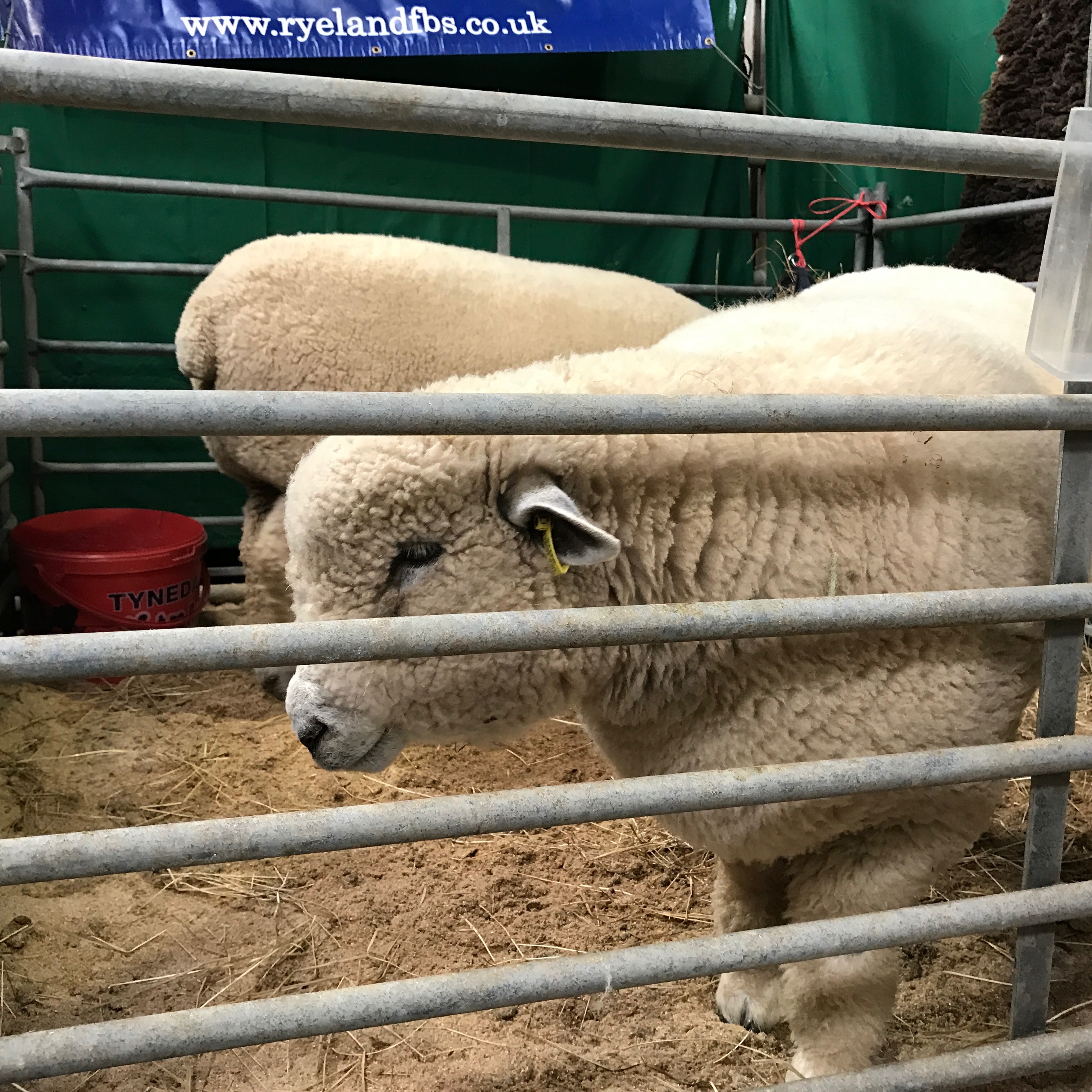 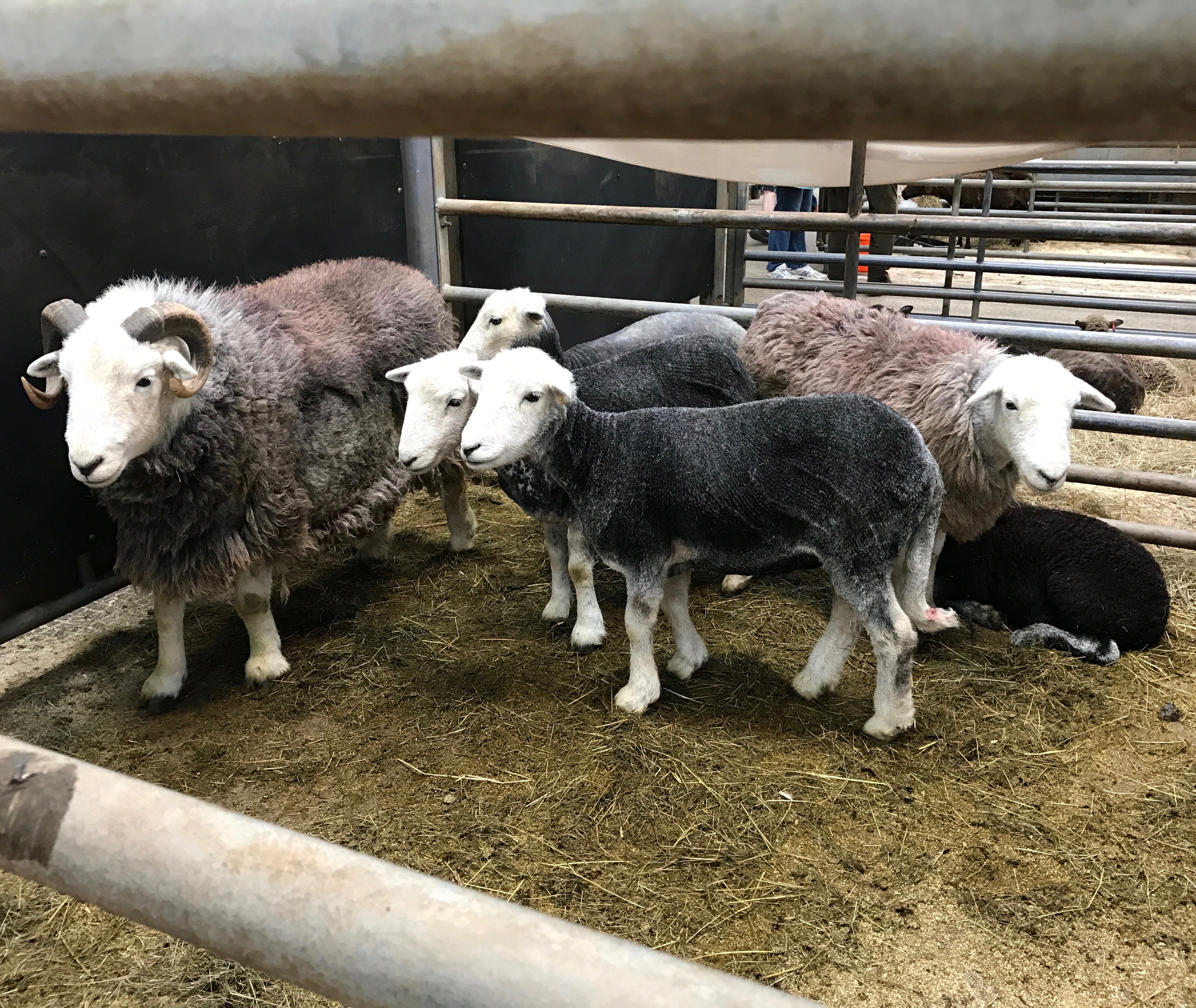