The idea for TJFrog began on the life changing knitting course I attended in France, 2008. Here I was joined by an incredible group of knitters who did not cease to amaze me with their knitting knowledge and skills.  The first night I was bombarded by knitters lingo. Ravelry, Intarsia, Beaded Knitting, Swiss Darning, Mattress Stitch – all of which left me feeling completely overwhelmed.  I could Knit 1, Purl 1, everything else was a complete mystery . . .

On this course I was to learn about Debbie Abrahams Mystery Blanket Club, then in its first year.  I promptly signed up for the forthcoming 2009 Mystery Blanket Club, where I would receive yarn and pattern parcels from January to October to knit up my own blanket.  Three Mystery Blankets later, and earlier this year saw me receive a bag of goodies for the 2013 Club . . . 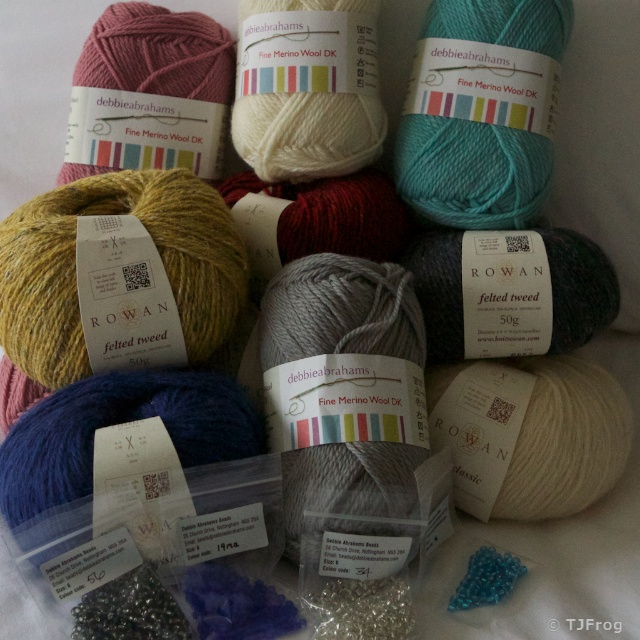 For me, the Mystery Blanket Club has been a fantastic way to delve into and solve many of those ‘mysteries of knitting’ I encountered on my first foray back into knitting.  The Club has also given me the perfect excuse to practice my new found skills while making up Debbie’s beautiful designs.  So it seems only fitting to use this as a starting point for TJFrog’s first blog post.

As well as some of my favourite Rowan yarns; Kid Classic and Felted Tweed, Debbie released her own Fine Merino DK for 2013 and it knits up beautifully and can be seen in this beaded square. 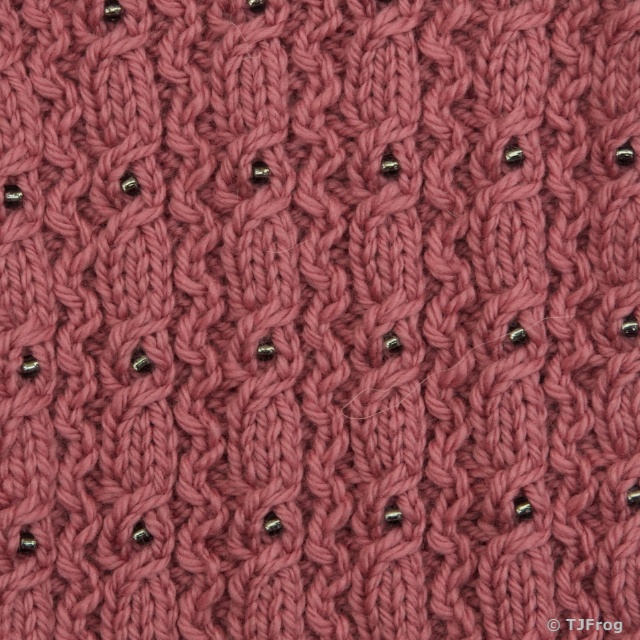 So what happened to my other Mystery Blankets?

In 2009, studies and work meant I didn’t start the project until June!  So I was a little behind to say the least, not that it matters because it isn’t a race.  January 2010 arrived along with my first instalment of goodies for the next Mystery Blanket Club without the 2009 Blanket finished!  With limited knitting skills at that stage I had knitted all 49 squares individually rather than knitting in strips so there was an enormous amount of sewing up to do … which … if like me you’d rather be knitting than sewing up then you can appreciate it was never going to be top of my to do list!  So there it remained in its unfinished state as the 2010 project arrived and needed starting!  I vowed to keep up with the 2010 schedule & do the project each month – amazingly I did and ‘Beneath The Sea’ was the result! 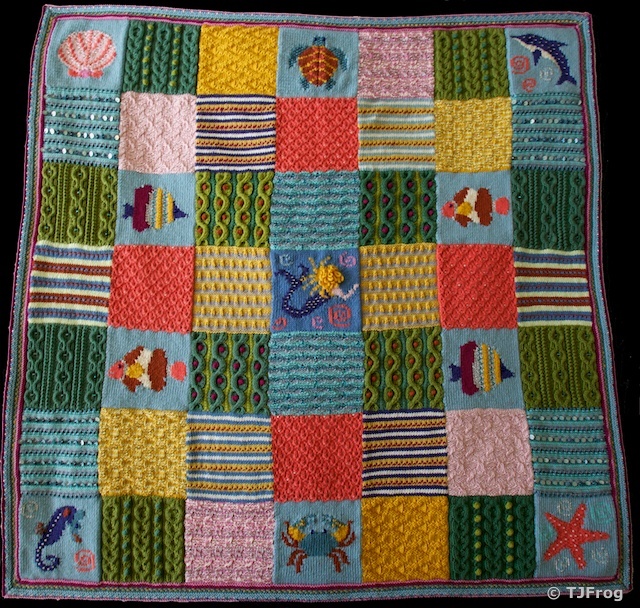 ‘Beneath the Sea’ was a fantastic way to unravel the mysteries of intarsia and mattress stitch skills as well as learn about knitting in strips, long tail cast ons and Swiss darning. The intarsia cable and bobble squares were probably the most challenging, although the crab had to be frogged a few times! All in all it was a really rewarding project to do and I was very proud of my ‘first finished’ Mystery Blanket.

In 2011 I managed to adopt the same strategy of keeping on a monthly schedule so ‘The House of Aphrodite’ blanket got completed in 2011! 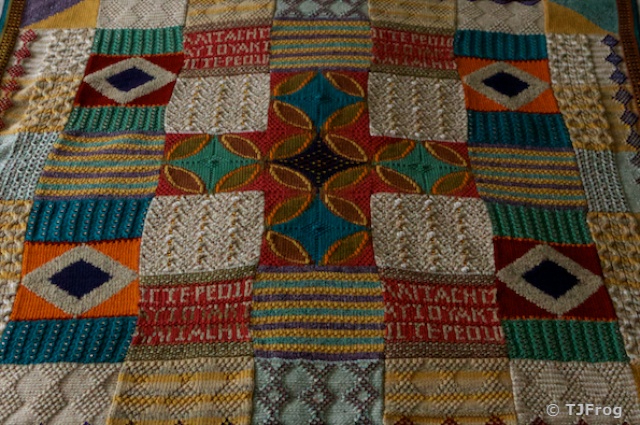 I opted out of the 2012 Club to focus on other projects so eagerly awaited the arrival of the 2013 details.  The 2009 project was still languishing in its box though, and I knew it was now or never; I could not leave it another year!  Post Christmas saw me finally sew all those 49 squares together, as well as sewing in countless ends (I didn’t know about carrying yarn up the side then either!)  It took 3 solid days to do, including knitting the border.  Long, long overdue, although the end result was well worth it as the abstract pattern and colours of ‘Arabian Nights’ are outstanding.

Now the 2013 Mystery Blanket is well underway, and on Tues the final instalment will arrive revealing the last mysteries of the project – the middle square and the border. Based on ‘A Nordic Adventure’ theme it is proving to be another great challenge.  The wool combinations are making this a real cosy blanket and I can see myself on a cold dark winters evening wrapped up in it on the sofa. 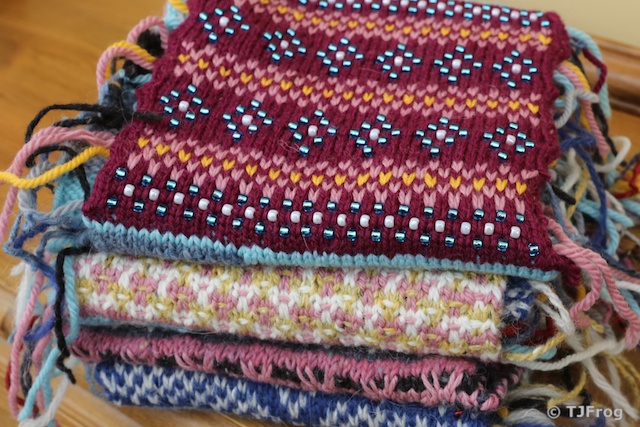 Three strips have been blocked ready to be sewn together, and another 2 are on the blocking table as I write this.  The aim is it will be knitted and all sewn up before 2014 comes around!

There are still many mysteries of knitting I’ve yet to explore and solve but I’m having great fun doing it!  I’d love to hear about your Mystery Blanket experiences, progress or not!